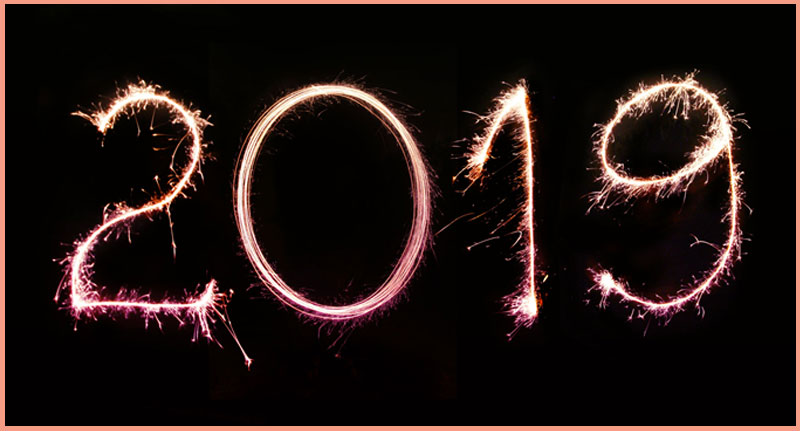 2019 has been the biggest year EVER for event cinema in the UK and Ireland, with a total box office figure of over £50m... and counting!

Nine titles this year have taken over £1m and September was the highest-grossing month of all time, taking over £7m at the box office in the UK and Ireland. Not only was it a fantastic commercial result for Event Cinema, there was some stellar content and a few unique offerings which show there is plenty of room for growth outside of the traditional event cinema genres.

The year kicked off with a huge result for André Rieu, an event cinema favourite, whose 2019 New Year Concert reached £1.93m*.

NT Live, celebrating their 10th birthday, had another tremendous year with their critically acclaimed shows drawing in massive audiences. ALL ABOUT EVE was broadcast live in April (£1.22m*), ALL MY SONS followed in May (£1.03m*) and THE LEHMAN TRILOGY in July (£996k*). James Corden's ONE MAN, TWO GUVNORS (£1.18m*) screened as an encore in September and PRESENT LAUGHTER (now over £1m*) wrapped up the year. But it was their September release of the stage production of FLEABAG which raced ahead, grossing over a whopping £4m in the UK and Ireland and becoming the biggest event of all time!

The live Summer concerts from boyband favourites Take That and Westlife grossed £2.08m* and £972k* respectively, proving that the right music acts will attract scores of fans to the cinema.

AND THEN...event cinema records were broken yet again when a last-minute December entry became the highest-grossing one-night live performance ever! Universal Pictures' staged concert of LES MISÉRABLES grossed £2,281,150* on the live night with encores to follow. Could the musical phenomenon, with an all-star cast featuring Michael Ball, Alfie Boe, Carrie Fletcher and Matt Lucas, leapfrog FLEABAG to the top spot? We shall see.

The more traditional event cinema genres - dance, classical music and opera - continue to find audiences, despite falling behind theatre and music overall at the box office. André Rieu had another great year with two concerts grossing a combined total of £3.74m*.

Matthew Bourne's recorded productions of ROMEO AND JULIET (£428k*) and SWAN LAKE (£546k*), both original and powerful, finished strong on the dance front. There was also a new event cinema face for ballet with two productions from accomplished storytellers Northern Ballet - VICTORIA and DRACULA, with the latter being broadcast live for Halloween.

Royal Opera House had two big results with live broadcasts, their ballet ROMEO AND JULIET (£722k*) and opera LA TRAVIATA (£684k*). Their annual Christmas production of THE NUTCRACKER, in cinemas throughout December, is also set to do big things.

Off the Beaten Track

It's exciting to see event cinema distributors looking to try less traditional forms of event cinema and 2019 saw a few steps in that direction. The world of stand-up comedy came to the big screen in the form of the much-loved funny man Billy Connolly. An unseen performance from his last ever stand-up tour, packaged with new content, had fans laughing across the nation and grossed over £500k.

CinEvents released DAN TDM: THE CONTEST with YouTuber Dan TDM, an interactive event - part gaming, part immersive storytelling - specially created for a worldwide cinema audience. It was a unique concept and although this first outing was relatively limited in terms of numbers, influencers remain an appealing prospect for cinemas.

With the rising concerns about climate change and the increasing popularity of plant based diets, THE GAME CHANGERS documentary was a good example of event cinema content tapping into a global movement. Following UFC fighter James Wilks, it explores the benefits of plant-based eating in professional sports, which also extend to our wider society as a whole. In partnership with Fathom Events in the US, CinEvents distributed the documentary in September as an event release, reaching a sizeable cinema audience, before Netflix made it available for streaming.

When the Stars Align

It continued to be the big acting names which drew the crowds at the box office. NT Live had the cream of the crop with Gillian Anderson and Lily James playing against each other in ALL ABOUT EVE.

THE LEHMAN TRILOGY had theatre stars Simon Russell Beale, Ben Miles and Adam Godley treading the boards as the owners of the doomed financial institution.

Hot Priest Andrew Scott played an actor with an identity crisis in Noël Coward’s provocative comedy PRESENT LAUGHTER. And of course there's 2019's queen supreme, Phoebe Waller Bridge, whose rise to superstardom as the writer and star of FLEABAG led to a phenomenally successful cinema event.

Al that about sums up a fabulous year. 2020 is looking to be another cracker with events like KINKY BOOTS, CYRANO DE BERGERAC starring James McAvoy and THE WELKIN with Maxine Peake already in the schedule. We hope it continues!