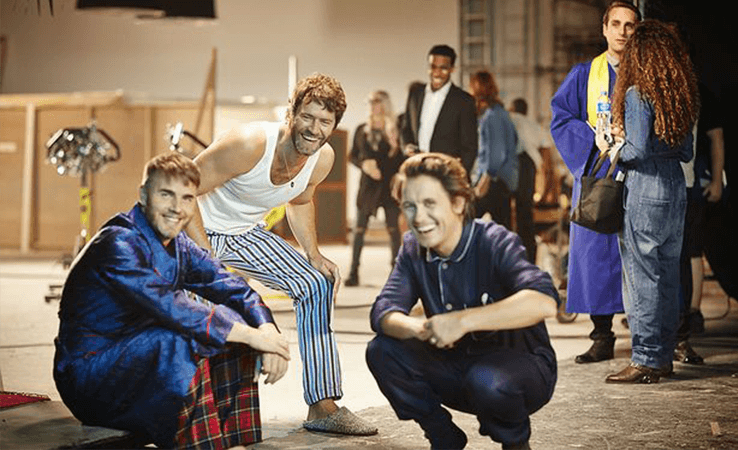 5 Best Take That Music Videos - at least according to us

You may or may not have seen our big announcement last week – Take That’s Greatest Hits Live tour is coming to cinemas! We’re so thrilled to be working with the boys again, and in the anticipation of the tour, we decided to take a look at their extensive library of fantastic music videos – and some stories behind them.

Here are our top favourites:

Let’s open up with the most iconic one of them all. I personally can’t think about the 90s and not immediately see an image of Mark sliding down the side of that custom Mercury Coupé. And apparently, we should thank Howard and Jason for those fabulous jackets – they’re the ones that picked them up! ‘I remember thinking: what the hell are these two playing at?’, recalls Gary. The puffy outerwear didn’t stop a few of the band members from coming down with the flu though – blame those practical rain effects!