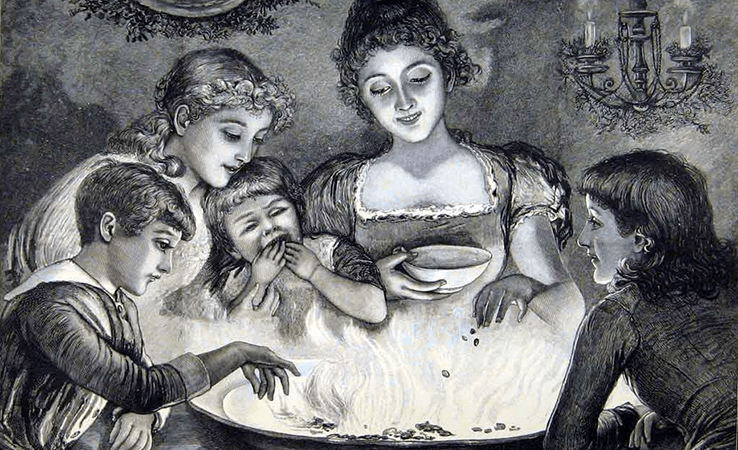 With our fantastic release of A Christmas Carol starring the one and only Simon Callow (Four Weddings and a Funeral, Shakespeare in Love) having warmed your hearts yesterday and still screening at a number of venues tonight, we wanted to explore the traditions and rituals of a Victorian Christmas.

An ever-evolving holiday, Christmas has changed over the years since the Victorians celebrated it in their own unique way. But many of our modern merriments are influenced by how Victorians changed the way Christmas was celebrated back in the 1800s.

Here are a few of the wonderful, interesting and slightly stranger traditions we have found!

The first Christmas card was commercially produced in 1843, but it was the introduction of the halfpenny stamp, which made sending cards affordable. Victorians would exchange letters at Christmas time, usually tell of the years events and hopes for the coming year. However, some were particularly non-festive, featuring dead robins, toddlers tormenting snowmen, a child boiled in a teapot to name a few! Highlighting the difference in humour over the years, a favourite has to be a mouse riding a lobster – pictured.

Said to have been introduced by Queen Victoria’s husband, Prince Albert, I don’t think many could imagine a Christmas without a tree. A tradition in Germany since the 18th Century, Victorians were soon including a tree in their house to celebrate too. Decorated with ribbons, cakes and coloured paper, they would also use real candles to light up their tree, which was probably quite a fire hazard!

The roast turkey had its introduction in Victorian Britain, however it was an expensive luxury, therefore Beef and Goose was more common. It was the size of the turkey that meant it dominated the Christmas lunch by the beginning of the 20th Century, perfect for the average family! Old Victorian recipes also indicate that the original mince pies were made of meat. Think we prefer the sweet versions we have today!

In 1848 a British confectioner, Tom Smith, devised the idea of a Christmas Cracker after seeing Parisian sugared almonds sold in twists. During the Victorian period the idea was adapted and improved, with sweets replaced with paper hats and small gifts. Near the end of the century no Victorian Christmas would be complete without crackers, with almost 11 million manufactured in 1891. We have Tom Smith & Co to thank for our current Christmas crackers, though perhaps not the terrible jokes...

Victorian parlour games were slightly more enthusiastic, dangerous and painful then your usual game of charades. One favourite we found was “Snapdragon”, a simple game of setting alight a bowl of raisins and brandy. Once the lights were turned off the competitors had to grab and eat alight raisins without causing injury or fire. Probably very difficult with all the layers they used to wear. Another is “Are you there Moriarty?”, a game where two blindfolded players would try to batter each other over the head with a folded newspaper. Nothing says Merry Christmas like a concussion.

We have a lot to thank the Victorians for when it comes to our modern day Christmas rituals!