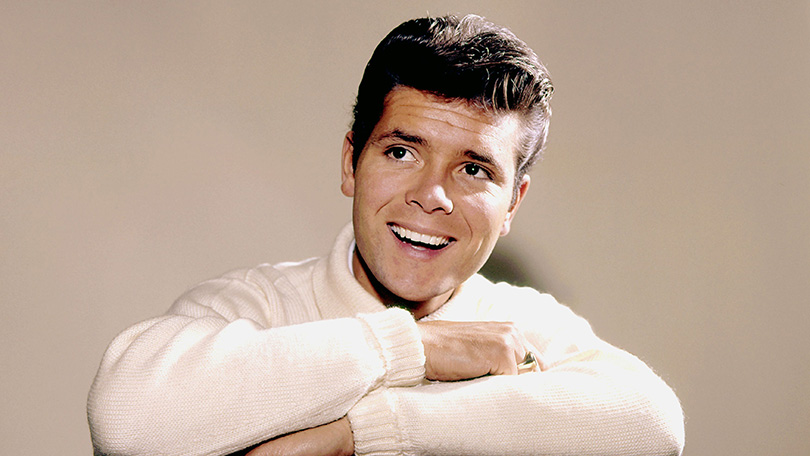 Cliff Richard is one of the UK's most successful artists of all time. He has scored an impressive 14 No. 1 singles and 7 No. 1 albums as a solo artist. He’s spent 333 Weeks in Top 10 and a whopping 970 weeks in the Top 40. Cliff is the third-top-selling artist in UK Singles Chart history, behind The Beatles and Elvis Presley. Here we look at five decades of No. 1 hits in the lead up to his 60th Anniversary Tour this year.

1950’s – In July 1959, Cliff Richard scored his first No. 1 single with ‘Living Doll’, beating out other big hitters of the time such as Elvis, The Everly Brothers and Buddy Holly. Written by Lionel Bart  of "Oliver!" fame, ‘Living Doll’ was recorded with his backing singers The Shadows.  It was Cliff’s fifth record and spent 6 weeks in the top spot and marked the start of 40 years of No. 1 hits.

1960’s – Despite the world domination of The Beatles in the early 60s, this decade was huge for Cliff Richard. He had seven No. 1s, some of which remain firm fan favourites to this day. ‘The Young Ones’, taken from his film of the same name was his biggest-selling single in the UK in 1962. The following year ‘Summer Holiday’ also from Cliff’s feature film, went straight to the top of the charts and made double decker buses cool again.

5 years later in 1968, Cliff sang the UK's entry in the Eurovision Song Contest, ‘Congratulations’ which lost by one point to Spain’s entry (it was a fix!). Nevertheless it reached the No. 1 spot, rounding off the 60’s on a high.

1970’s – Returning in the 70’s with a rockier feel, ‘We Don’t Talk Anymore’ was Cliff’s biggest selling hit worldwide, bagging over 4 million sales. It hit No. 1 in the UK and No. 7 over the pond in the US. It was Cliff’s only chart-topper of the decade. Special mention must also go to (one of our favourites) ‘Devil Woman’ which, while only reaching No. 9 in the UK, became Richard's first single to reach the Top 20 in the US, peaking at number 6.

1980s – In 1986, Cliff teamed up with anarchic BBC Two comedy The Young Ones to re-record ‘Living Doll’ for the very first Comic Relief single, 27 years after it was first released. Accompanied by a brilliant music video, it was an inspired partnership which topped the UK Singles Chart for three weeks. 1988 saw Cliff’s first Christmas No. 1 'Mistletoe and Wine' which took its place in people’s hearts and on every Christmas hits album since!

1990’s – Two years later Cliff smashed it again with his second Christmas No. 1 'Saviour’s Day'. Then in 1999, 40 years after his first ever No. 1, he was back at the top again, with 'The Lord’s Prayer'. Using the tune to Auld Lang Syne, is was a festive favourite despite not getting much air play on the radio. It got to No. 1 on November 28 and stayed there for 3 weeks, just shy Christmas.

To hear some of these incredible hits, don’t miss Cliff Richard Live: 60th Anniversary Tour in cinemas on Friday 12 October with encore screenings on Sunday 14 October. Tickets are on sale now.