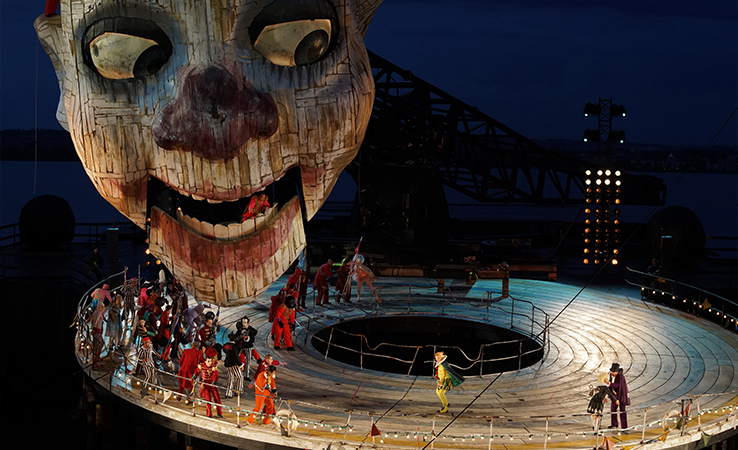 Love them or hate them, Clowns have long been a feature in entertainment -whether it’s riding on a tiny bicycle in a circus or hiding in a drain scaring children. With the spectacular Rigoletto on the Lake featuring a huge clown as the star of the show, we felt it would be best to explore the various clowns from popular culture!

A villain which can be defined by the numerous actors that have played him, this character features in the Batman series various times in different scenarios. Most recently played by Jared Leto in the divisive ‘Suicide Squad’, our favourite has to be the late Heath Ledger who takes the crown as the best joker. Taking the term ‘creepy clown’ to the max with his hideous painted smile, it is said that when he first arrived on set he scared Michael Caine so much, he forgot his lines! Ledger definitely takes the crown as the best joker to date, although we're looking forward to the upcoming portrayal of the Clown Prince of Crime from Joaquin Phoenix.