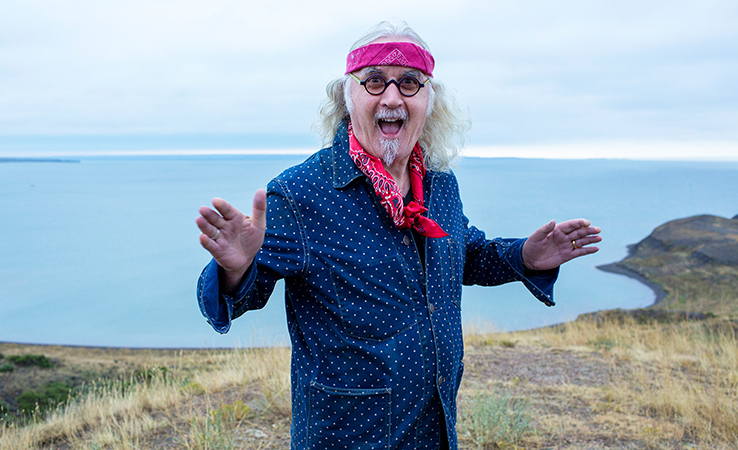 How Billy Connolly Influenced the Comedians of Our Time

In a poll in 2012, Billy Connolly was voted the UK’s ‘most influential comedian of all time’. Al Murray once said about the legendary Scotsman, “He’s a bit like the Beatles: everything since him is because of him and a reaction to him.”

So how has Billy influenced the world of comedy over the years?

1. Free use of language

Billy’s never been afraid to swear like a sailor (or an ex shipyard worker!) in his routines, and he’s happy to describe himself as a ‘filth monger’. No wonder our cinema release is rated 15!

From stories about buying shampoo with jojoba to playing a gig at a hospice, you never know what Billy’s going to joke about next. All you know for sure is, you’re going to be in stitches by the end of it.

Billy’s a natural storyteller – when he gets on stage, it doesn’t feel like you’re just watching a guy telling jokes. It feels like you’re sitting across from your mate in a pub while he tells you about ‘that funny thing that happened to him one time.’

4.  Unapologetic humour for a select audience

In the exclusive interview for cinema audiences, Billy recalls his beginnings as a stand-up comedian, how offended some people were with his humour at first, and how happy he was when he finally established what kind of comedy he was going to do. “The whole trick is to get your audience” – he says, “who’ll come to see you because of what you do. I established that very quickly and got on with it.”

This sentiment is very much shared and often talked about by another British comedian – Ricky Gervais.

Billy’s style was quite different from other comedians around him – instead of writing his jokes, he’d just make them up for the stage and go with it. “I thought that’s what all comedians did – make stuff up” – he confesses. When he realised everyone else was writing their material, he tried to do it too – but was disappointed with the results so he embraced his own style instead.

Billy’s always happy to joke about himself – his weaknesses, his hometown of Glasgow, his days of working at a shipyard, his scruffy looks, even his fight with cancer and Parkinson’s. He truly makes you feel like you’re his friend, and he’s chatting to you about his life. In his last routine, he even managed to make himself look humble on a Hollywood movie set, describing how ridiculously excited he was about his role.