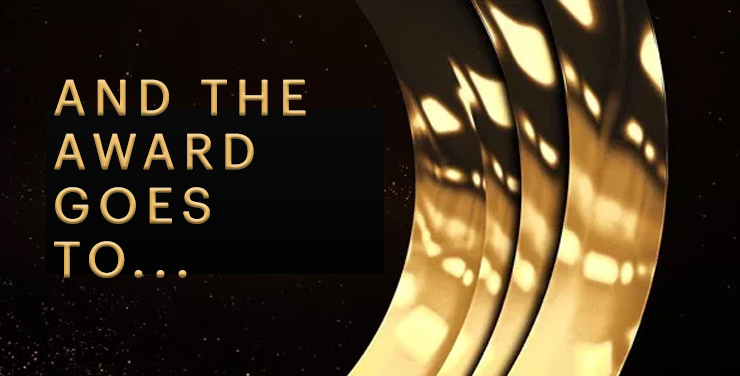 We're fresh after the Oscars weekend and while Hollywood royalty were getting glammed up for the most glitzy of showbiz ceremonies, we hosted our own awards to celebrate the best of the best in Event Cinema for 2018. Welcome to the CinemaLive's!

2018 was a top musical year for Event Cinema. Which vocalist was both technically perfect AND made us feel all the feelings at the same time?

Kelli O'Hara (Anna in The King and I)

Kelli O'Hara for her stunning performance of Anna in The King and I.

Dance numbers appeared across the board - in ballets, musical theatre production and concerts - but who tripped the light most fantastically?

BTS in their documentary movie Burn the Stage. Those boys can seriously move.

Poofy sleeves, voluminous skirts, dream diamantes and a glamorous 'chook' set our screens aflame in 2018. Whose outfit showed off their sass to the max?

Anna (Kelli O'Hara in The King and I)

Lise Dassin (Leanne Cope in An American in Paris)

Jamie New of course! No one brings it quite like this superstar. And walking in those heels night after night, need we say more?

Delivering the complex dialogue of legendary wordsmiths is no mean feat. Who mastered their lines and touched the hearts of event cinema audiences in 2018?

Not only did Simon Callow commit an entire novel to memory, he delivered it with enchanting beauty and impeccable timing. A worthy winner.

Which star of event cinema conditioned their way to the top, displaying a model mop for audiences everywhere?

André Rieu! His iconic waves, as well as his musical talent, continue to charm audiences the world over.