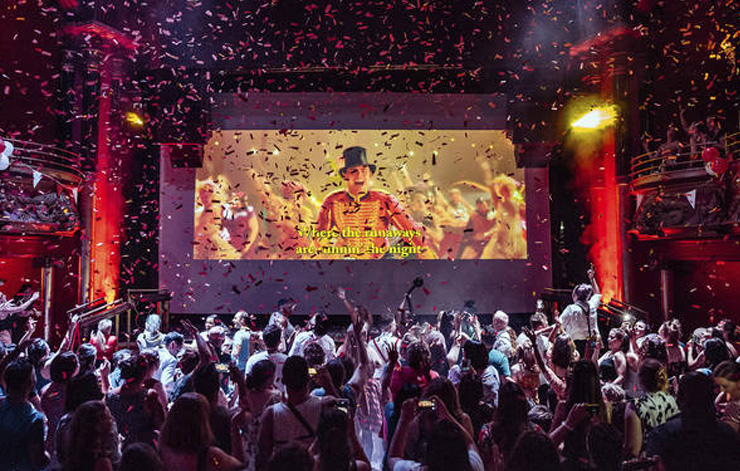 Who can resist warbling along to their favourite movie songs with their friends? It's no wonder the cinema sing-along has taken off in a huge way. Throw in some dancing, some lovingly crafted costumes and you have yourselves a sing-along hit.

Join us in a magical tour of cinema's greatest sing-alongs...and give it some welly!

Hugh Jackman's story about the controversial circus owner P.T. Barnum received mixed reviews from critics, but audiences showed their love with their feet, turning up to cinemas in droves and taking the movie soundtrack to the #1 spot. Then came the sing-along and boy was it a cracker. Irresistibly catchy tracks such as movie opener 'The Greatest Show', Zac and Hugh's pub duet 'Other Side' (props to the shot-tastic barman) and the inspirational banger 'This is Me' made this both an emotional and enthusiastic song-fest. With top hats a-plenty and bearded ladies fist pumping the air, this sing-along is a feel-good outing for the whole family.

"Let it go, let it goooooooo..." You would have struggled to ignore Frozen mania when Disney's icy tale hit cinemas back in 2013. Everywhere you looked there were kids and adults alike dressed as Elsa, belting out their own rendition of the empowerment anthem 'Let It Go'. For a story about perpetual winter, Frozen is a heartwarming adventure featuring a whole host of modern classics such as 'Love is an Open Door', 'Do you Want to Build a Snowman' and 'Fixer Upper'. And they sound even better sung in unison with a full cinema.