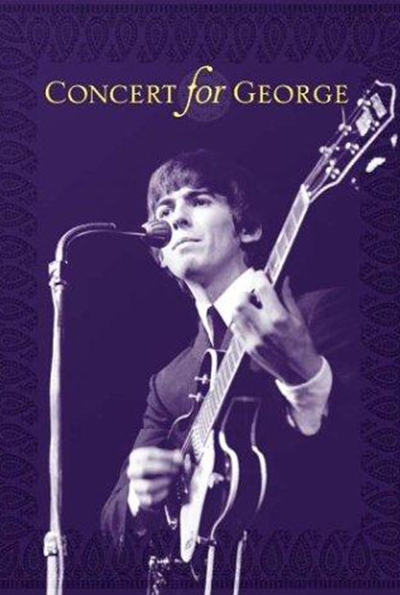 A celebration of the life and music of George Harrison, the Concert for George is a record of the November 2002 Royal Albert Hall tribute. Organised by close friend Eric Clapton, the show brought together the musical luminaries of George's generation, who not only inspired his music but were in turn inspired by him.

Artists ranging from Joe Brown to Ravi Shankar perform touching but not overtly sentimental versions of his best-loved tunes. The many highlights include the Monty Python gang (joined by guest member Tom Hanks) performing "The Lumberjack Song", and a bare-arsed version (literally!) of "Sit On My Face". For the first time since the demise of the Beatles, Ringo Starr and Paul McCartney share the same stage.

Director David Leland does an excellent job of capturing the intimacy of the concert, as well as the emotions of those in attendance. Apart from the behind-the-scenes interview snippets included in the theatrical version, the cameras rarely move away from the main action on the stage. Shot in suitably restrained colours, the live performance footage makes for stimulating viewing, a particular highlight being Ravi and Anoushka Shankar's opening sitar recital. All in all it's a touching five-star tribute to one of the greatest musical icons of the 20th century.