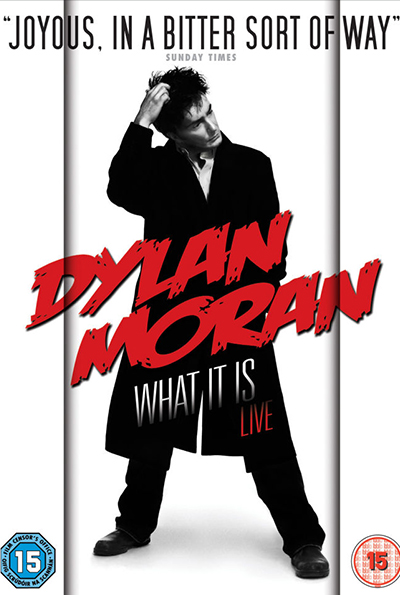 Dylan Moran: What it is

The eternally world-weary comic Dylan Moran holds forth on those things in life that wind him up a tad, during his international live tour of 2008/2009.

Dylan Moran, star of Black Books, Shaun Of The Dead and Run Fatboy Run, delivers his hilarious show, What It Is. Moran's legendary stand up rants have sold out across the world cementing this unkempt wordsmith’s reputation as one of the foremost comics of his generation.