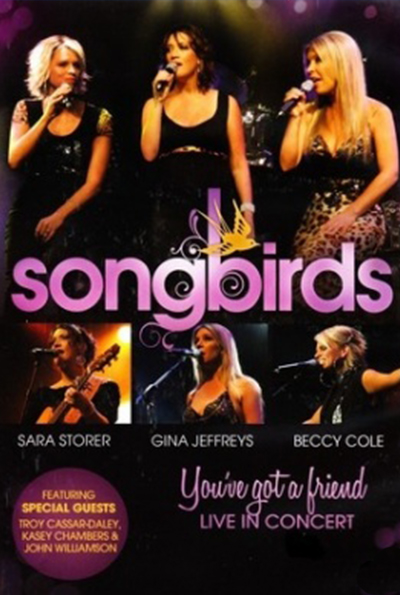 Songbirds: You've Got a Friend

CinemaLive brought the magical Songbirds to the big screen in April 2009.

Country singing sensations Gina Jeffreys, Beccy Cole and Sara Storer are collectively known as the Songbirds. Cinema audiences had the chance to experience their 'You’ve Got A Friend' concert captured live at the 2009 Tamworth Country Music Festival.